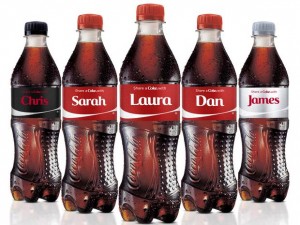 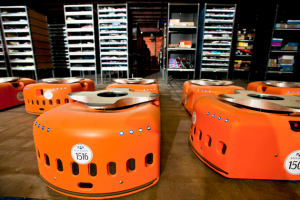 The video we saw in class about Amazon shows how Amazon is using robots in the process strategy .  Amazon is using robots as part of the process of fulfilling customer orders in a short time.  Completing the orders in a short time meets or exceeds customer expectations.  This is one of the reasons why Amazon is a leader in the e-commerce business.   While watching the video, one question that popped on my mind was: “What are the chances that these robots will run into each other?” After reading an article on how these robots work, it is not possible that these robots will run into each other or drop items from the shelves.  There is a central computer system that keeps track of each robot and coordinates their position.  These robots are in the right place and at the right time.

The robots that Amazon is using are produced by Kiva Systems, a company that Amazon bought it for $775 million. Why would Amazon buy Kiva Systems? Is Amazon  going to produce robots to increase the number of robots in its warehouses or to sell them to other businesses?  The answer is that  Amazon is coming up with something even more bigger. The purchase of Kiva System was not just for the Kiva robots.

The next step in the process strategy improvement is the Amazon Air Prime delivery.  Have you ever thought of having a product you ordered through Amazon being delivered to you within 30 minutes? I know when you think about this, it sounds unreal.  That is the next big step Amazon is taking: delivering products in such a short time through the usage of the electric drones or as Amazon calls them octocopters.  In the future we won’t have to wait for the UPS to come and deliver the package at our homes .  We will have octocopters delivering products at our homes. Octopocters are electric drones, very green for the environment.

According to the CEO of Amazon Jeff Bezos, the current octocopters that are being tested can deliver products that weigh up to five pounds (which is about 86% of the products that Amazon delivers) within a 10 miles radius from the fulfillment center and within 30 minutes.  These radius delivery will cover major urban areas.  The drones are autonomous. You give them the instructions, the GPS coordinates where they should  go to and they will fly to those assigned GPS coordinates.   The challenge Amazon is facing now while working on this project is the risk of the drones landing over somebody’s head.  The R&D group is working on making this plan work in the near future.   Some of the questions that come up if Amazon puts this project in life are: