Project Description
Our team decided to host a charity fundraiser Bag Toss Tournament in order to raise awareness in our local communities regarding Team Red, White, and Blue (Team RWB). The event was hosted at American Legion Post 973 in Ravenswood over the Memorial Day weekend. Entrance into the tournament was $10 per participant/ $20 per team, with the winning team receiving a $50 prize and the rest going to the charity. During the event we raised additional funds through a 50/50 raffle. Prior to the event we set up a direct link to Team RWB’s website to collect online donations. 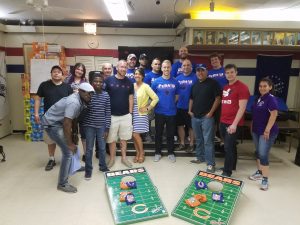 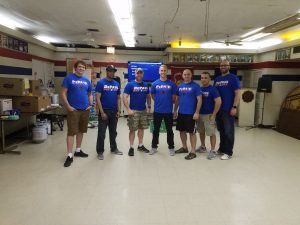 Charity
Team Red, White, and Blue is a non-profit Veterans organization that seeks to enrich the lives of American veterans by connecting them to their community through physical and social activity. Members participate in weekly/bi-weekly local events aimed to promote physical exercise as well as providing a social and support network. Some of the events include but are not limited to running, cycling and other fitness type actives.

Analysis of Success
Our goal was to raise funds for and awareness of Team RWB. Team RWB is the largest veterans organization in the United States though not many vets know about the outreach of this organization. We measured our success in term of how much monetary support we raised. Our initial goal was $500 given the short time frame in which to raise the funds and reviewing what other Team RWB teams have accomplished with previous online donations. Due to the amount of online giving we raised our goal to $1,000. We exceed our modified goal by raising $1,179. Our team is currently the highest grossing online donation team on the RWB website. 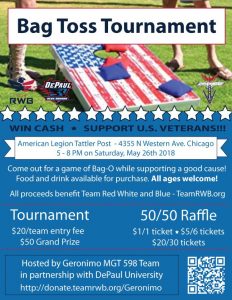 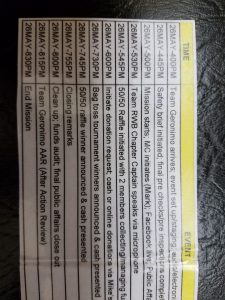 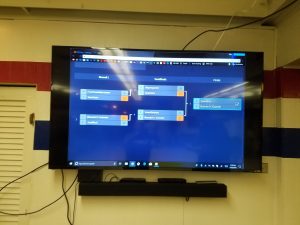 Lessons Learned
During the execution of the project, Team Geronimo concurs our primary lessons learned are ensuring the project plan had built in contingencies, delegation / accountability of tasks to meet the overall objective, and communication protocol. The following is a breakdown of each lesson learned:
● P-A-C-E. – This is a military acronym for Primary, Alternate, Contingency and Emergency. the two critical areas to focus on early in the planning process are Charity selection and the venue to host the event. As a group, we focused on one charity and as it turned out the charity was great to work with and supported us throughout the processes. If the selected charity did not work out, we would have needed to scramble to identify and coordinate another charity with little time to spare. Next, securing a venue was paramount. We had a venue picked early and were in negotiations about dates but ultimately didn’t work out. We had to restart our search for a second venue a couple weeks into the planning process. Our second attempt at finding a venue applied the PACE plan and took on a multi-prong approach with three venues to choose from. If we had to do it over, we would have approached multiple venues in parallel at on onset of the project.
● Delegation / Accountability – As a large team of seven, it was important to us to outline tasks assign owners for various major deliverables. We learned quickly, first couple of weeks, we needed a Work Breakdown Structure (WBS) and responsibility matrix to clearly communicate who was responsible for what. We completed the WBS and the responsibility matrix within a couple of weeks of starting the project. Both documents were refined over time and served as team tools to track accountability.
● Communication – Again, with having a large team, communication becomes very important in order to keep the plans moving forward. We operated with three forms of communication: WhatsApp group chat for day to day communications, group emails for longer conversations and attachments, and Google Docs where we kept all our deliverables. In hindsight we should have also developed a communications plan early in the process to document frequency and which channel was used. We learned quickly and that helped. We could have avoided a few miss-steps in the beginning and end of the project with communication if a comms plan was developed early.

Advice
Set realistic expectations for your project, but don’t be afraid to reach for higher goals
Networking is key, so invite everyone you know
Don’t be afraid to ask for volunteers/donations, etc. The worst they can say is no.
At times when the project becomes stressful, keep in mind that this is a learning experience and you are bringing real support to a worthy cause. 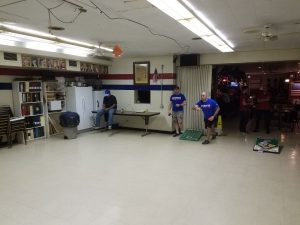 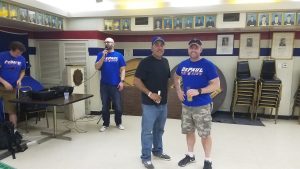 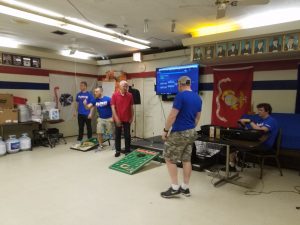 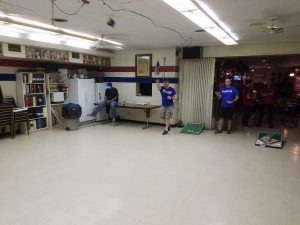