Recently I traveled to a restaurant in the south loop in Chicago. Upon arrival I was astonished that this place was quite empty. A group of friends and I proceeded to sit down rather than look for another restaurant, we were STARVING. As we seated ourselves, we sat there for about 10 minutes until a waiter came up to us and gave us a menu. She gave us the menu then came back 15 minutes later, like it took us that long to figure out what we wanted to drink (not really). As I ordered my drink I could already tell this was not going to be the best meal I was going to eat.

The drinks came and we proceeded to order our food. I ordered a pasta dish while my friend ordered some seafood. We then proceeded to wait, far too long, 35 minutes precisely. Why would it take so long? The restaurant was almost empty. We received our food and it tasted alright. My friend didn’t get the correct dish he ordered so he complained to the manager.  After complaining, he received no gratitude or sympathy for their mistake so we promptly asked for our check and left the restaurant extremely dissatisfied.

Now looking back at this, it had me thinking of how this situation relates to our management class. A poorly run restaurant or business correlates with the managers ability to do their job effectively. In this case, a manager should make sure that their employees work up to the restaurant’s standards. I believe the absent presence of the employees reflect the standards that the manager has for their restaurant. For example, if I walked into a restaurant and was not greeted by any host or server then it could be because the manager is more laid back as compared to one who is strict and wants their employees to do their job. I believe that the managers are there to set guide lines to follow. All the employees in the back of the restaurant upon our arrival suggests that they do not have management expectations and guide lines. I don’t necessarily believe that the “customer is always right” , but in this case someone has to take blame for the misstep of the restaurant.

The whole point of my rant about this restaurant was to show how insufficient management can lead to a downfall of a business. I believe that this was the reason why the restaurant was close to empty. I have been to hundreds of other restaurants and never had an experience like this because I believe proper management was in place. Managers are there to guide workers and set standards, if they are not met then the manager should be the one to blame. The time it took for waiters to serve an empty restaurant is an example of this.

1. Who’s fault is it for the poorly run restaurant? The manager, the cooks, or the owner?

2. If you ordered something and received something else, as a manager how would you react with the customer?

3. Any instances you have experienced where you believe there was poorly run management team?

Its that time of the year again, technology companies are releasing new products just in time for holiday season. Recently, Apple came out with a new phone in continuation with their Iphone line that consumers have been waiting for. The new Iphone comes in two sizes, one being a 4.7 inch screen then the 6 plus being a rather large 5.5 inch screen. The product has been receiving critical complaints, most being that the larger Iphone 6 plus bends in the pocket of many customers, leaving them with a bent cell phone incapable of working. In the YouTube video cited below, the customer tries to bend his phone, ultimately succeeding and creating a brand new product, the new flexible Iphone plus (jokes). In regards to the management course I am currently taking at DePaul, this real world issue is a perfect example of quality control we have discussed in class. 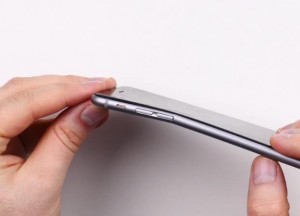 Quality control, as discussed in operations management, is the idea of producing a high quality product with little to no problems for the consumer. In class we did an exercise where we would build these paper puppets. The puppets would go through a series of building activities, each done by a member working on the assembly line. The completed product after the assembly line would then be passed along to quality control for inspections. As a group we made 20 or so puppets and over 60% of the goods we thought were made to extreme quality failed to pass quality inspection tests. If these products were ignored by quality control and instead approved and shipped off to be sold, then that company would be forced to do a recall, resulting in bad publicity which in turn can affect the share price of that publicly traded company.

Quality controls are very important for corporations. Without quality control, how would a company know whether they are selling defective products or not? Ignoring quality control specifications result in recalls that could potentially cost a company millions of dollars. For example, look at the recent recall of cars by Toyota. Due to a faulty suspension system, Toyota was forced to recall 690,000 vehicles. Sometimes when quality control fails to inspect a product properly it could result in serious harm for the customer. Imagine if every car company decided to cut costs and eliminate their quality control department. Car companies could become liable for an injury or in Toyotas case if a suspension failure with one of their cars that caused a huge accident where people died could possibly be the downfall of that company.

Proposed questions for my readers:

Have you ever had a product that you have purchased that was of very low quality? What were your feelings for that product before you bought it and after?

Would you purchase a product from a company that you previously had purchased a bad quality product from? Why or why not?