Our group chose to raise money and hold a fundraising event for PAWS Chicago, which is a no-kill animal shelter in Chicago, Illinois.  To begin our project, the team developed a comprehensive implementation plan.  The two main activities at the onset of the project were to (1) contact PAWS Chicago to get approval on the event and any support materials, and (2) identify and select a location to host the event.  Our initial inquiries to PAWS Chicago received limited response and it took over a week to complete the necessary application and approval process.  The selected event location was DIAG Bar and Grill, which is pet friendly bar that offered unlimited beer, wine, and appetizers for $40 over three hours.  We scheduled our event for Saturday, May 20th and began to prepare by getting flyers and a donation box from PAWS, setting up an online donation portal, designing an event flyer, sending out invites, and securing raffle prizes.  On the day of the event, the team showed up about an hour early to setup.  DIAG Bar and Grill had reserved about a quarter of the bar for us and we were able to position a donation table at the front of our section.  As guests arrived, we would talk to them about PAWS, sell raffle tickets, and help them secure a wristband from the bar.  The event went smoothly with $330 raised and about 30 attendees.  Additionally, online donations brought in $1,440, netting a total of $1,770 in donations for PAWS.

PAWS Chicago is a national model in animal sheltering, committed to bringing an end to the killing of homeless cats and dogs. 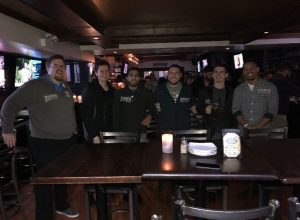 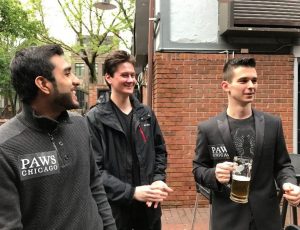 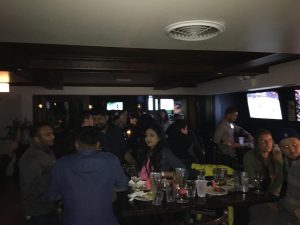 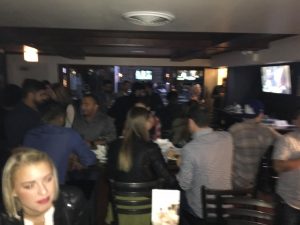 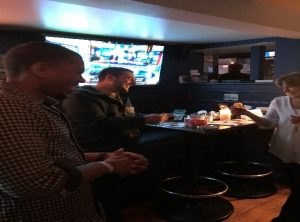 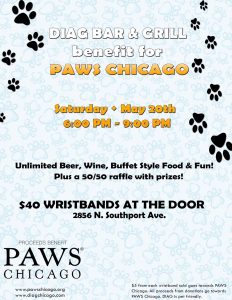 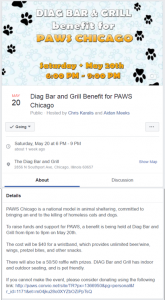 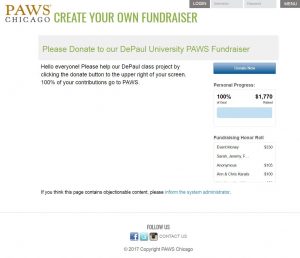 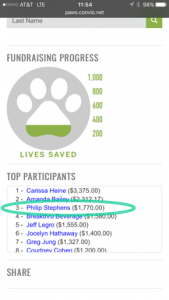