I came across the article “Project Management Lessons Learned in the Kitchen” and found it very interesting after reading it.

The article is intriguing in a way that it relates a good cook to a good project manager.  It talks about areas that both a PM and a Cook need to focus on in order to get their task done correctly and lists them in steps.

The reason I found this article to be interesting is that I would have never thought of those two tasks to be so similar.  Often at my work I find people not using the above steps in their process.  Sometimes our PM’s don’t read all the requirements or guidelines from the clients only to find out very close to the end that the end result is not what the client was exactly looking for.  PM’s will also lose track of the clock or days in the project world as they get busy with other work not realizing they are too close to the deadline with more work than anticipated remaining.  Overcommitting is often a common problem in our industry as you have multiple companies and salesman that bid for the same job.  Often our salesmen overcommit to what we can provide only to result in the company not making the expected margin on the project or having an unsatisfied client.

This is an interesting article for all those in the project management world to read as everyone can easily relate a project to cooking and once people realize that just like cooking has to be done in steps, so does a project!

We all know and understand that all projects are not always successful.  There will always be projects and initiatives that will not have an expected positive result.

Chapter five discusses in detail about estimating project times and costs.  It discusses how it is important to understand the timeline for a project and understand the costs involved prior to heading into the project for it to be successful.

I work in an environment where the clients want tier 1 quality work but they only have budget for tier 3.  Often I hear the frustration from our sales staff that they had to decline a project at work because the expectations the client had, we could not meet with the budget they were playing with.

One would think that the client should know and understand the budget based on market rates.  However in the real world that is not the case.  The client wants the quality of the top company but will use the price estimates from a company that does not specialize in it.

For example, my company, Production Resource Group for many years partnered with NFL in providing the audio, video and lighting for the Superbowl halftime events.  The relationship between NFL and PRG had been really good as both sides were happy with the output.  In 2013, due to some budget constraints, NFL did not want to spend as much on the halftime show but expected a similar product as previous years.  After months of discussion back and forth, PRG determined they were going to decline the project as it was not possible for us to put on a high quality event with the given budget and PRG refused to provide a low quality output as PRG prides itself in the final product produced.

End result of the project was that 20 minutes after the halftime show ended the Superdome stadium where the Superbowl was being held, lost power.  When PRG goes into large project such as these, they often use the top companies in the industry to partner with.  Such as a power provider we use cost much more than what the budget allowed for.  Because the NFL went with multiple vendors to provide the audio, video and lighting for the halftime show, instead of PRG who is an all-in-one shop, there was a miscommunication between the vendors which resulted in a power loss. 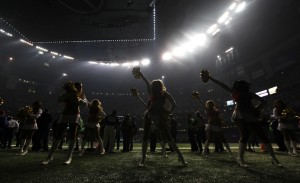 Chapter 5 talks about Strategic Misrepresentation where promoters underestimate the cost of a project and overestimate the project benefits in order to win approval.  This is likely the case that could have happened in this situation where the NFL was satisfied with the promises made by the vendors not realizing the consequences.

My question for everyone is that, when is the quality given a higher preference over cost?  Every day at work, all of us get opportunities to make decisions with this dilemma.  How do you determine whether to go with a proven partner vs. going with a new comer to save cost?