Team 1 set up a fundraiser raise awareness/funds for Susan G. Komen foundation. In order to raise money and awareness for the organization we hosted an event and silent auction at Top Golf in Wooddale, Illinois. Tickets were sold at $60 a person were $45 would go to Top Golf and $10 a person would go to the charity. We also had a Facebook page were 100% of the donation would go the charity. The silent auction at the event had sports memorabilia and Blackhawks tickets available to be bid on. 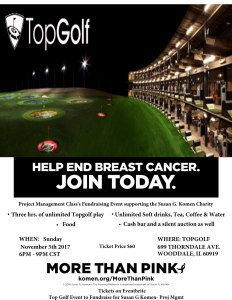 The charity/ organization that Team 1 selected was Susan G. Komen. Susan G. Komen has been working in the United States for more than 25 years providing comprehensive education about breast cancer risk factors, early detection and screening, diagnosis and treatment to millions of women in need. Their mission statement has been “to save lives by meeting the most critical needs in our communities and investing in breakthrough research to prevent and cure breast cancer”. They have several different local programs and initiatives. The impact has been tremendous as they have been able to reduce breast cancer mortality by 38%. 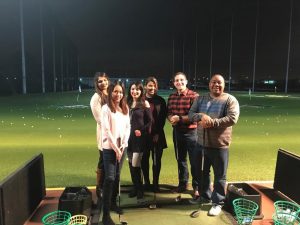 Our goal was to raise a total of $1,300 from our event at TopGolf and Facebook donations page. We were at a disadvantage with the high cost of the event, and the event being on a Sunday night, but we believed that we would be able to hit 60 people for the event because TopGolf is a popular venue and Susan G Komen is a very well-known organization. We also wanted to raise awareness for breast cancer, and to do this we wanted to bring a speaker from Susan G Komen to talk about all that this charity does.

As you can see from the above breakdown our fundraising events were a success. We were able to raise a total of $1,558. We also had a member of Susan G Komen come out to our event and speak about breast cancer and other events that the charity has. There were also individuals at the event that are going to be donating some of their time to help Susan G Komen with the grant writing process.

Key Lessons we learned through implementing this project are that: 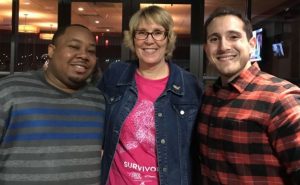 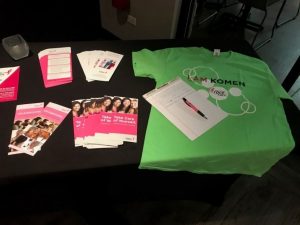 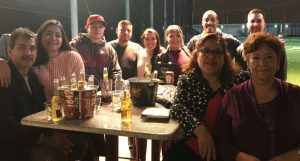 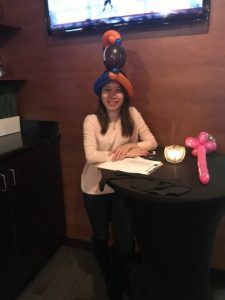