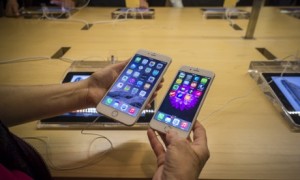 With the recent introduction of the new iPhone 6 and the iPhone 6 Plus, there has been a lot of controversy over one of the characteristics that constitutes its quality.  Both the new iPhones are a lot larger than the iPhone 5, but also a lot thinner. The current trend is moving towards thinner everything, so you might think this is great idea to create a thin iPhone. That is, until you realize that this feature can also turn awry.  As it turns out, in just the first 6 days, 9 customers complained about the iPhone bending from being carried in the back pocket.

For a prominent company such as Apple, which is known for their quality products, these news are terrible. Some might say that 9 is a very low number of instances comparing to the 10 million they sold. But, the publicity this issue is getting can drastically decrease the sales of the new iPhone, and its future products.

A company such as apple puts its products through so many different quality control checks, before they reach the market. Employees and machines, at different points in the process have to check the quality before it can move onto the next task. Apparently though, as mentioned in the statement by Apple, “Testing of the phones did not show any problems with bending or warping. IPhone 6 and iPhone 6 Plus meet or exceed all of the high quality standards to endure everyday, real life use.” Nevertheless, it is difficult to believe this issue never came up. Sometimes people overlook quality issues hoping someone else will catch them. And sometimes, it is just too costly to point out quality issues. If a product is already in production with an announced deadline of introduction, a design issue will cause a delay and an additional budget to fix the issue. This will create a bad reputation for the company. However, so will a bad quality product.

Releasing a statement that confirms the product has successfully gone through three-point-bending test, a sit test etc., does not fix the issue. Unfortunately the person, who has had their iPhone bent, might not be as happy with the company as he previously had been. And we all know, that the best form of advertising is from friends and family. If your friend has it and it is performing well, you want it. But, the same goes for when your friend has it and its not that great. Then, your opinion of it changes as well. Unfortunately, this may cause Apple to lose lots of loyal clients, and tons of sales.

What do you think about the bent iPhone?

Did you purchase the new iPhone? If so, any issues with bending?

Does this change your perspective on apple?

Will you continue purchasing apple products?