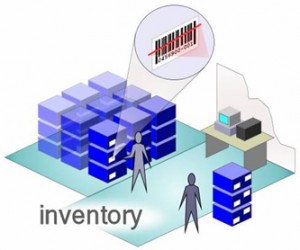 As an employee for a multi-billion dollar company, I definitely see how the information we learn in schools of business apply in the real world. Not so long ago, we had our P.I. day (that’s what store associates call it but it stands for physical inventory) and I personally thought that we were ready. Well, I was way off.

We were scheduled for about a 7 hour shift that began Sunday night at 7PM. Well, that time frame was way off as well.

Before that date came, we followed a list of duties to take care of in order to make scanning a lot easier. Some of those duties included making sure that the correct items were stacked at the appropriate place, placing tags that would make it easier to identify separate sections during the scanning process, and mentally preparing the associates who were going to work that night.

Everything pointed out that we were on the right track and all we had to do was divide and conquer. Every department in the store had a team who would split up and scan all items within that department’s boundaries and someone else would be right behind making sure that the count of product being scanned was right. Pretty simple, right? Yeah, that’s what we thought to. However, we didn’t take into consideration that the scanners we were using were part of a new system that was going to be used for the first time. Even better was the fact that they worked off the stores, already weak, Wi-Fi signal and that’s what lead us to failure. In the end, associates scheduled for 7 hour shifts actually worked 10+ hours because so much product wasn’t scanned, the Wi-Fi signal was jamming and many smaller issues as well. The next couple of days were brutal for store associates and customers because the count of physical product in comparison to the computer count was off and customers weren’t getting their product on time. Later on in the week we found out that we had to re-do our physical inventory night and a couple of days later, we found out that it wasn’t accurate, yet again.

The connection I see here with the topics in class is the crashing portion. If we have a particular job to do and we know how long it will take (the critical path) then we can do a little bit more research to see if we can cut some time off the duty (crashing). Also, the connection to productivity because if we divide the project in to smaller tasks, a lot more can be done and it might even be more efficient in the long run. However, if there are issues (constraints), then the project might take longer than expected and the ending result might not be what you were looking for (quality control) and the issues must be identified as well as properly taken care of.

2 thoughts on “Expect the Unexpected Even if Prepared”