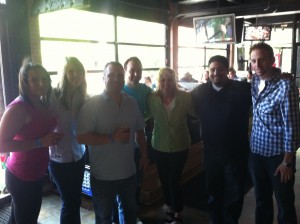 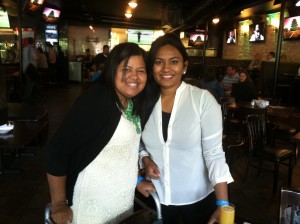 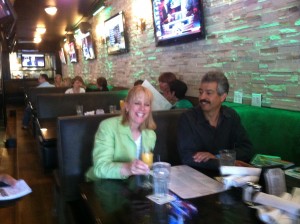 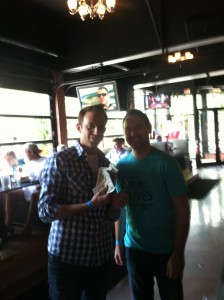 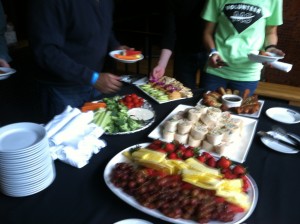 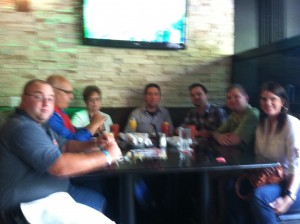 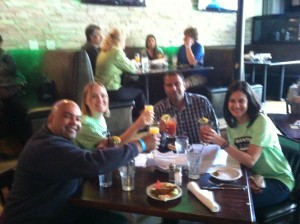 Team 1 is thrilled to announce the success of our fundraising project. The goal of our project was to organize a “Sunday Funday” brunch in an effort to raise money for PAWS Chicago. Thanks to some great friends, we were able to secure a location for our event at State Bar & Grill, located in Lincoln Park. The bar owner presented us with a great menu consisting of food and beverages. Our cost to the bar would be $20 per person. The agreement with the bar owner indicated that we could charge the attendees any amount, and the proceeds would be ours to donate to our respective charity. Therefore, we had decided to charge $35 for individual attendees or $65 for couples. In addition, team members worked with their employers to obtain items to be auctioned off, including tickets to a White Sox game, an overnight stay at various hotels in the city and suburbs, a bottle of Crown Royal and a wine set. Later added to our fundraising efforts was a website where individuals could donate to the charity without having to be present at the event. Overall, this project was a great success with our team raising nearly $2500 for PAWS Chicago.
The success of this fundraiser is attributed to the timely and effective completion of all project objectives including securing a location, menu, and financial obligations to the hosting facility, corresponding with the charity officials and obtaining marketing materials, initiating an online donation website and Facebook page, obtaining auction prizes, and most importantly advertising the event. Other deliverables included finalizing event logistics, mitigating liability, setting up prior to the event, collecting funds at the door, promoting auction items, and making sure everyone was having a great time. Our team was able to accomplish all of these objectives in an effective and efficient manner. Our original revenue projections indicated that our goal would be to raise $1,650, with a worst case scenario of $700. Thanks to the generosity of our friends and families, we were able to accumulate a revenue of approximately $2,500.
The only advice our team could give for future teams hosting similar fundraising events is to start advertising earlier. Our initial expectation was that we would collect funds from attendees prior to the event, in order to have an approximate idea of how many people to expect and eliminate the risk of people backing out at the last minute. Also, we would advise future teams to get more involved with the charity and reach out to them for help in promoting the event.
Upon completion of this project, we learned that teamwork and constant communication are essential to the success of a project. As team members asked more questions to each other, we were able to better prepare for unknown obstacles that could have transpired during the event and eliminate the majority of the risk associated with this project. In addition, we also learned that the project plan is never set in stone and adjustments could be made, if necessary, in order to increase the success of the project or mitigate certain known risks. Our final lesson learned is relative to our budget or financial obligation. When making the revenue projections, we failed to include a gratuity for the servers, bartenders and bar owner. Thanks to a few quick adjustments, we were able to overcome that and still be able to achieve a greater revenue than was projected.

Thank you all who helped make this event such a success!