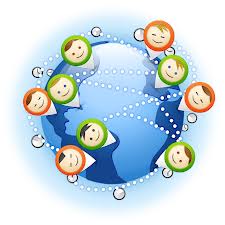 Today, globalization of the marketplace continues to become more and more widespread. A growing number of companies not only interact with suppliers, vendors and customers abroad but also extend outside of national borders themselves. As a result, many employees are asked to work closely with coworkers they have never met and will likely never meet in person. In his HBR blog “Virtual Teams can Outperform Traditional Teams“, Keith Ferazzi discusses three key advantages enjoyed by virtual teams.

For starters, he notes that virtual teams can pull together experts from any location. This is increasingly important for large multinational corporations that may have top talent spread around the world. Secondly, he notes that many teams have used a “follow the sun” strategy where the members in one portion of the world leave follow up tasks for the members who will come in after they’re done for the day. Finally, they are often quite diverse which allows the team to understand how their results may be received by customers and clients around the world.

I found the second point particularly interesting because I believe that team members scattered in different time zones around the world is commonly perceived as an obstacle to overcome. Communication options can be limited in these instances. When an urgent issue arises towards the end of the work day in Chicago, the expert in London may already be sleeping. I don’t interact with anyone outside the United States in my current role, but I’ve experienced delays in communication just from the two hour difference between Chicago and Los Angeles if I’m looking for an answer first thing in the morning.

I feel like a “follow the sun” team would require a good deal of structure in their communication and planning. It sounds nice to leave work for the next geographic team to complete, but if they don’t understand what they’re being asked to do the work will either be carried over for clarification or completed incorrectly. While e-mail and other forms of online messaging are likely to be the primary method of communication for these teams, there will likely be times where conference calls or live video conferencing are preferable to get things resolved quickly. In many cases, one or more participants will be on early in the morning or late at night, which could easily hinder attentiveness. This could also quickly become a sore spot if the employees in one location feel like they are carrying the brunt of the burden in accommodating the schedule difficulties. I also feel like it would be easy for team members to perceive a disparity in communication if the project manager interacts in person with some of the members and only through online communication with others. It would definitely take discipline to keep everyone fully in the loop.

I’d be interested in hearing from anyone who is on a team with coworkers abroad. Has the experience been frustrating and time consuming, enlightening and productive or somewhere in between?

7 thoughts on “The Virtues of Virtual Teams”