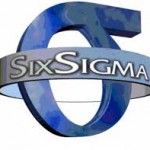 “What do weight-loss plans and process-improvement programs such as Six Sigma and “lean manufacturing” have in common?” They article starts off with this quote, referring that diet plans and six sigma plans do indeed fail at one point or another. The companies that use Six Sigma normally start of with huge goals and aspirations of putting these plans into operation, but just like a failing diet these companies tend to go back to their old ways. Many companies around the world embrace this business management such as Six Sigma; however, a recent study shows “that nearly 60% of all corporate Six Sigma initiatives fail to yield the desired results.”  This is where we begin to ask ourselves if it’s actually worth investing in a plan if 60% of the companies who do it aren’t coming up with the results that they wanted. The articles diagnosis this problem into three stages, “stretching, yielding, and failing.”

So let’s start off by talking about what they call the “stretching phase.” The process can be defined similarly to a metal spring analogy. “When a metal spring is pulled initially, the material stretches to accommodate the increase in pressure.” They compare these metal spring to people in a business process. Initially people at any process in the business will bend and stretch to make things happen. I also agree with this because when you are new to a job or trying a new process you are initially willing to do whatever it takes to try and make it work. Most teams in any business are generally excited and willing to learn the new process, such as Six Sigma. Normally at this stage in the process managers will implement a “to-do” list will let employees know what is exactly expected out of them. When the employees reached all of their goals on the “to-do” list they were rewarded and the project is normally ruled a success. I believe this is where we can see one downfall. Rewarding employees can be successful, but if you keep doing it over and over and don’t increase the expectations or continue to manage you teams, I believe failure is inevitable.

The second phase the article is called the “yielding phase.” The phase can be defined as, “If a metal spring continues to be pulled, there will come a point when the material yields as it struggles to support the increase in pressure. Though still intact, the spring becomes permanently deformed, stretched out.” They compare this to management at a company switching from one project to another. When management switches to another project more times than none the team that lost the management from the Six Sigma managers slowly begins to lose site of their goals and begin to slip back into their old ways. At this point in the phase teams begin to loose sight of the end goal and being to focus to much on their individuals efforts. The teams that lost the Six Sigma management slowly began to crack under the pressure.

The third and final phase in this article is the failing stage. Using the metal example this stage is defined as, “Over time, pulling will cause the material in one area of the metal spring to narrow, creating a neck that becomes smaller and smaller until it is unable to sustain any pressure at all. At this point breaks into pieces.” When the Six Sigma management team leaves, employees at company’s becomes discouraged and eventually begin performing poorly and than fail returning into their own ways.

After reading this article, I begin to wonder if the Six Sigma program is actually worth it? What do you think?

Should a company invest money into this program, if 60% of the companies end up returning to normal ways?

How could companies prevent this program from failing?