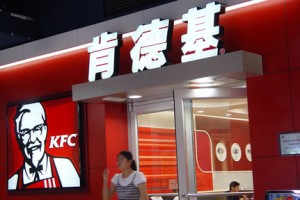 6 thoughts on “KFC China: Straying too Far from Kentucky?”