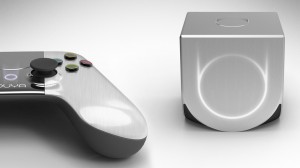 For those of you that do not know, Ouya, by OUYA Inc., is the highly anticipated gaming console that is powered by Android. Ouya has raised approximately $8.5 million via Kickstarter, which became Kickstarter’s second highest earning project. The console sells for $99.

The launch of Ouya was originally planned for June 4th. However, its launch date has now been pushed back to June 25th. The delay is not that far off from the product’s original launch date, but it is a delay nevertheless. The company decided to delay the release of the console due to a high demand for the console. In order to meet the increased expectations for the console, they decided to delay the release by three weeks in order to produce more consoles, and to be able to have more units available in stores on its launch day.

Ouya also discovered a slight problem in regards to the design and placement of the buttons on the console’s controllers. The issue was that the buttons could get stuck under the faceplate. Although this was a minor design flaw, it can become a great problem when users get frustrated with the buttons sticking and getting stuck. Nothing is worse than an angry customer that is angry because of a product’s design flaw. The flaw was reported by some Kickstarter backers who received their consoles on March 28th and discovered the sticky buttons when trying the product out. After being notified of this issue, Ouya has implemented quite a simple solution which was to enlarge the button holes. This has already been implemented into production and the corrected controllers will be available for launch day with the consoles. Ouya stated that “If [Kickstarter] backers have a problem with their controller, we will work with them to resolve the issue via customer service.”

In my opinion, Ouya made a smart move in pushing back the launch date in order to put more hours into production so that more units of their product will be available when the consoles are officially released. Hopefully there will be enough units to not create another iPhone5 disaster in not having enough units ready to meet the consumers’ demands. Ouya is also quick to fix and implement the solution to a design flaw to their product, and provides great customer service in offering to work with those that run into problems with their controllers if they received a faulty one.

What do you think about Ouya’s decisions to push back their launch date for this highly anticipated product? What can other companies learn from Ouya when it comes to new products or services in the future? How do you think Ouya will fare in the market for consoles?