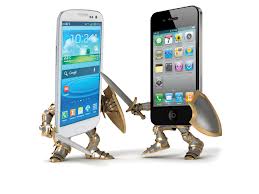 12 thoughts on “The End of A Dynasty?: Clash Between Industry Titans”