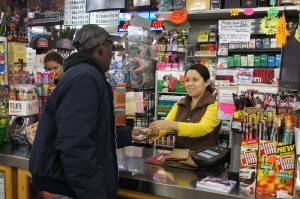 For more than thirty five years Moreno’s liquors has been a staple of the Little Village community, catering to one of the largest growing latino populations in the country.  Since its birth in the mid 70’s, Moreno’s has always strived to be the best in what they do with a mission statement that quotes to “bring only the finest and best priced liquors to the consumer, where we believe that it is the customer that knows best.”  Making sure that each and every worker at Moreno’s is well versed in the variety of products carried, the family run business believed that creating a focus in customer service was the key to running a successful business.

Although the bushiness had maid a foot hold in the local neighborhood, back in early 2010 sales fluctuated with bigger stores such as Binny’s and Costco literally cornering the market with prices hard to match. With Binny’s sales just under $10,000 a day, and a market shift from liquor to beer, more than 15% of small liquor stores closed from 2010 to 2012 within the chicago land area. So how does one compete in a flooded market?  Moreno’s quickly changed its strategic plan, by first focusing on who are there customer base, and what is uniquely different about there store? Being the largest distributor of tequila in the midwest, Moreno’s quickly realized that there focus was not on having the lowest prices on the block but rather having the rarest products in Chicago. Not only was the company devoted to building customer relationships, but wanted to show this by having customer driven quality products. In this case they noticed a need for obscure and unique products, not just solely based on tequila but also through cognac’s, brandy’s, mezcal’s and the fast growing demand for micro-brews. Realizing that products alone would not be enough, Mike Moreno and son came up with a strategic plan for the future of the company. In an age where the internet is growing faster than anyone could imagine, Moreno’s understood the vast potential of the virtually untapped internet liquor market. Currently under development the company plans to have a fully functional website with a list of all there main product by the end of november this year. They also are in the works of getting the proper licensing in order to turn the site into a e-commerce site that focuses on bringing rare and unique products to connoisseurs throughout the united states.

So my question for you is, do you think a market plan such as this will work successfully? Do you see a demand or even potential for buying liquor online?

5 thoughts on “Moreno’s Liquors: Leading for a new generation”