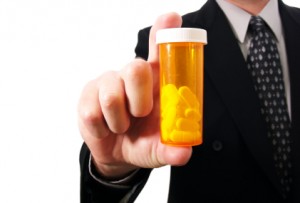 In the past few years, drug companies have been neglecting their factories and operating under illegal conditions. Six of the major drug companies for injectable drugs have been warned by the Food and Drug Administration (FDA) about serious violations of manufacturing rules. Four of these six have actually been forced to close factories and significantly slow production in order to fix the problems. A few of the extreme violations include inspectors finding bugs floating in viles of drugs, morphine containing up to twice the labeled dosage, manufacturing plants with rusty tools and mold in production areas, and in one extreme case- a barrel of urine in the midst of the operating facility.

A lot of these violations have caused drug companies to produce faulty product, which in in turn results in a recall of their drugs; costing the company thousands of dollars in lawsuits and causing the factories to work over time to make up for the lack of product from the recall. So, why are these problems  not getting fixed?  It sounds like cleaning a factory or shutting it down for a bit in order to fix problems to meet healthy and safety codes can’t be too difficult, right?  Well, the drug companies keep brushing their violations under the rug and biting the bullet and paying for the fines because stopping production for them is too costly. The drug companies would rather pay the fine and keep producing rather than shut down for a couple days. In a business where profits are driven by volume, shutting down means huge losses. Many of the basic drugs are already selling for less than a dollar a vile and are made in batches of tens of thousands of viles. Many times, these viles run on lines that operate for 24 hours at a time.

This problem is then made even worse when patents on drugs expire, causing other companies to make the same drug and sell it at a lower price. This cut throat environment between companies competing for the lowest production costs is taking its tole by resulting in recalls of drugs and even outbreaks of sicknesses from various medicines produced in unclean manufacturing plants.

After learning about quality management in our last class, I think drug company standards need to change and laws should be put into place that require these companies to operate under six sigma or ISO 9000 quality standards. Recalls on drugs have the potential to be deadly, and drug companies should’t need to put profit above the importance of adhering to health and safety standards. After learning about quality management, inventory management, and operations strategy, do you have any ideas on a solution to this problem? Do you think that the FDA should enforce their laws in more standardized way? Will this become a never ending problem due to implicit conditions?

5 thoughts on “The Dark side of Drugs”