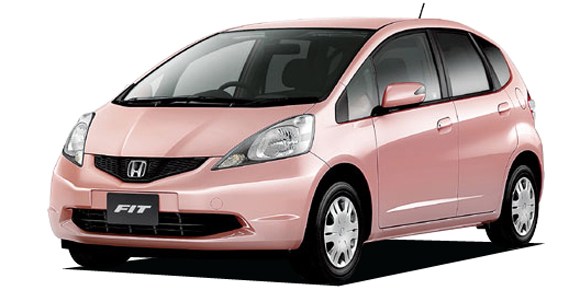 Honda is rolling out a car that is specifically targeted toward women. The new Honda Fit She’s is currently available only in the Japanese market. This new car comes in a “pretty-in-pink” and “eyeliner brown” color. The decision to offer the car in the Japanese market was based on the country’s more sex-defined roles. As much as half of all Japanese women stay out of the workforce and those women who do, there is more of a divide in tastes than one might find in Western countries. The car offers features that include a special UV-blocking window glass so that women concerned about their skin don’t have to worry about wrinkles while driving, as well as, a “plasmacluster” climate control system the maker claims can improve skin quality.

U.S. and European auto industries are hesitant to release the vehicle into their respective markets because previously when manufacturers tried to target products directly to women this proved an unfavorable outcome for the auto industry.  Automakers are not necessarily ignoring the needs of women. Both Ford and General Motors, among others makers, consider features and attributes of new products looking for ways appeal to women and avoid aspects that men would notice.

Before the auto industry releases this vehicle into the U.S. market they must understand their customers. Applying Quality Function Deployment, women customers do not want to be a singled out market. Women’s needs can be satisfied by including features where men and women both benefit; for example, providing larger storage space to put purses or briefcases, and including a UV-blocking window glass in all cars because men need protection against skin cancer too. Outside of Japan, women car buyers want to be treated like “one of the guys.”

What sort of quality control should the U.S. adopt in order for this vehicle to be favorable among women? Do you think a car targeted toward women has the potential to be successful in the U.S.?