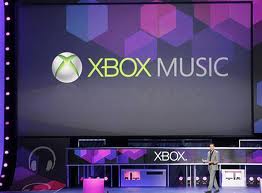 Microsoft will launch a music streaming service, that is free on Windows 8 PCs and tablets. The program will offer music subscription service and a pay-as-you-go music store that sells individual tracks and albums. Microsoft’s music service coincides with the Oct. 26 launch of its Windows 8 operating system for computers and Windows RT for tablets and the arrival of new Windows phones later this fall.

Despite Microsoft’s attempts with its Zune devices and music players, Apple remains dominant in digital music sales. In the second quarter of 2012, Apple accounted for 64% of digital music sales, according to market research firm NPD Group. Apple also sells nearly one-third (29%) of all music, digital or physical. While Amazon commands 16% of the digital market, Microsoft and others, including Google Play, had market shares of 5% or lower. When Xbox Music hits the Xbox 360 video game console Tuesday as part of an overall system update, users can apply for a free 30-day trial of Xbox Music Pass (after that it’s $9.99 monthly). That will give them access to on-demand streaming playback of a library of 18 million songs in the U.S. Owners of computers and tablets upgraded to Windows 8 – and new Windows 8 device purchasers – will have an ad-supported free Xbox Music streaming on-demand program on board. Upgrading to the $9.99 monthly service allows ad-free streaming across devices and offline play.

Online music is the present and future of the music industry. But does Apple have too strong a hold on the market with ITunes or does Microsoft have a chance to break into this new market?

11 thoughts on “Microsoft Music, Can ITunes Be Challenged?”