Sharp is notorious for releasing products with groundbreaking technology that draw in the consumer. An example of this was when they released the “Aquos” technology that was supposed to be “crisp to the eye.” Catchy marketing and creative advertising has put Sharp back at the top of the Television market, making it one of the most competitive manufactures in the marketplace for TV’s. 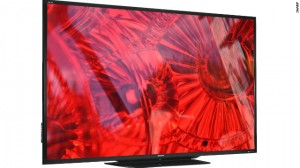 Recently Sharp unveiled the first 90’’ LED Television. It stands at 4 feet tall and is 6 feet across. This new technology doesn’t come cheap either—at $10,999 a pop. Many are arguing if this was the right decision for Sharp. Very few consumers are able to afford or store a television with such high standards. In order for this to be successful, Sharp would have to forecast appropriately and make sure that the demographic of where the product is advertised will fit with the prospective buyers that are willing to invest in new technology. When any new product that is released, there are errors. Any consumer who purchases new technology knows that there is a possibility that the product will need to be tweaked and updates will need to be given to ensure customer satisfaction. A smart consumer will wait until the second version comes out to make sure that the product is functioning properly and no issues are seen—do we need to be reminded of the iPhone 4 release?

When reading this article, one thing jumped out at me. How did they plan for a product like this to be released? Obviously some type of planning software was used. The idea was first generated, then presented, then implemented and then it went through an excessive amount of testing. All of these things are essential to ensure the success of a product launch. When each of the tasks were broken down, they had to evaluate how much time would need to be allocated for each task. For example, say the construction of the machine took 4 months. The testing period would not start until the previous 4 month period would end. In addition to planning, forecasting has a large impact on the first launch of a product. This luxurious item will only be purchased by those who can afford it, meaning that demographics will play a major factor in where this product will be available. Initially the demand of the product will be high, because the newest technology is always desired. However, the amount that will be purchased will be different from the perceived demand that customers are giving.

One thing is for sure; Sharp is clearly making a new name for themselves and appealing to a new market—a wealthy market. Whether or not you believe this product will show immediate success, people will be in line to get the first viewing.