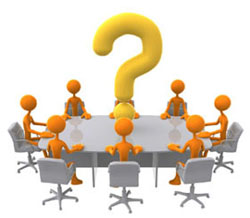 This week we learned about Service Productivity. It reminded me of one of the Finance Retreats at my last internship with the Chicago Housing Authority (CHA). The CHA provides a service to the residents of public housing and section 8 voucher holders. The retreats were led by the CFO, and designed as a way for finance staff members to leave the office building, meet at a central location for the purpose of doing team building exercises and brainstorming as a group on how to be more productive around the office. This productivity included saving the company money, how to work cross-departmental cohesively, and how to bring extra revenue into the company. One of the reasons it is so important to conserve money at the CHA, is because they are one of the few housing authorities across the country who are given money by The U.S. Department of Housing and Urban Development (HUD) to use where they need it, for things such as resident programs. Other housing authorities are told by HUD where they must spend the money.

We came up with the following solutions:

Productivity is defined as the ratio of outputs (in this case service) divided by the inputs (labor and capital). In these three cases, the CHA is using its employees as input and the output is the savings of money and employee time, as well as revenue generated which translates into money that can be used to further service the residents.

What are some ways you have improved service productivity at your company?