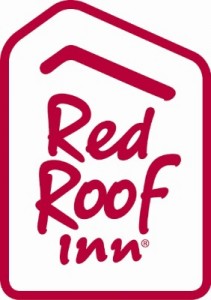 Almost everyone complains about their manager at some point, and many believe they could do their boss’ job better.  Some even wonder what their manager does all day, and think the company would run more smoothly as well as have a lot less personnel expenses if they just rid themselves of most management, because they do not need someone to babysit them in order to get work done.  How many of you have had similar thoughts?  While this idea might be tempting to some, I have actually been in a situation in which a company was temporarily without management, and let me tell you, it was a terrible experience for everyone involved.

Several years ago when I was working at Red Roof Inn during a summer break from school, the current manager was being transferred to a somewhat nearby location, and before a replacement was found, someone in corporate decided that she could somehow handle the responsibility of managing both locations at the same time, while almost never actually being present at the location where I worked.  At first this seemed like a blessing, as I would no longer have the manager constantly watching over me, criticizing little details about how I answered the phone or organized the guest registry.  And for a while, it was.

Very quickly, however, the incredible freedom of working without management became unbearable.  There was no planning.  The ten critical decisions of management are not called “critical” for nothing.  Supplies did not get ordered on time and sometimes not at all.  We ran out of extra towels and blankets to give to people that requested them.  Housekeeping ran out of cleaning supplies and the head housekeeper had to leave work one day to purchase them on her own and get reimbursed later.  Air conditioners were not maintained and stopped producing cool air.  Weeks went by before the supposed manager hired someone to fix them, and there was a heat wave.  I remember having to wear the uniform pants and long-sleeved shirt and sweating in the office while standing still.  If I had to go outside and up the stairs to the supply room, I would come back literally drenched and dripping with sweat.  Worst of all, though, was inadequate scheduling and the lack of accountability that many of my coworkers abused.

At a Red Roof Inn, if you work the front desk for the evening or overnight shift, you are the only employee on the premises for most of your time there.  If your replacement comes late, or worse, not at all, you have to remain at work.  I worked the 3-11pm shift.  More times than I care to remember, I ended up working from 3pm-7am.  Usually this was due to the fact that the people hired to work overnight were unreliable and never really experienced repercussions for not showing up.  But one time, someone that had actually quit the week before was scheduled to come in after me.  Guess who ended up covering that shift.

So while it might seem like a dream to be without a manager, the reality is that a business cannot function without proper management.  If you have been in a similar situation or just dream of your manager disappearing one day, do you think you and your coworkers would be responsible or thoughtful enough to pick up the slack?  Even if every employee was reliable and hardworking, someone still needs to make decisions and plan for the big picture.

One thought on “Working without a Boss: A Dream that Became a Nightmare”